Witches – the Healers who were Outlawed 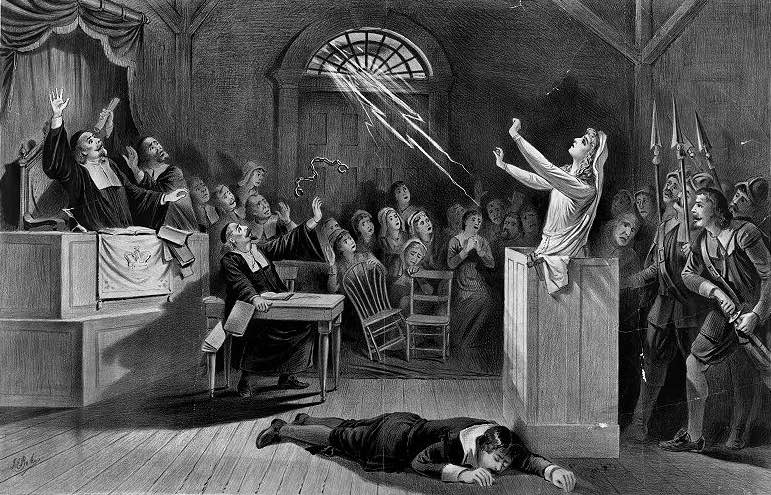 It’s more than a story of injustice and persecution–it’s a story of greed, at an astronomical cost to humanity.

It’s hard to imagine the pain and horror these women went through – dragged away from their homes by an angry mob, tortured until they made a false confession, put through a farce of a trial where friends and neighbors turned on them and then finally, subjected to the most agonizing execution imaginable while townsfolk celebrated their suffering.

What did they do to deserve this? They practiced healing methods that actually worked at a time when mainstream medicine was completely ineffective. They healed and eased the suffering of the same people who ultimately turned on them.

Historians estimate that between 40,000 and 60,000 people, mainly women, were burned and hung as witches, over a period of around five centuries. This was the recorded executions only, it does not count the tens of thousands who were lynched without trial or who died as a result of their torture and imprisonment. 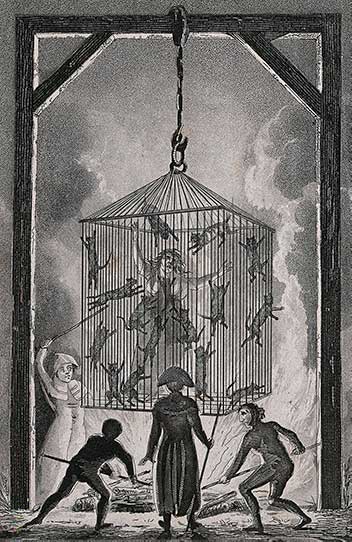 The burning of Louisa Mabree, the French midwife in a cage filled with black cats. Source: https://wellcomecollection.org/

These healers were powerful people in Pagan society, respected healers and visionaries. The Norse Völvas, for instance, were often consulted by Kings when they had important decisions to make. They were trusted advisors, as well as healers and shamans. But with the spread of Christianity they threatened the influence and prosperity of the church.

At first, the clergy simply tried to belittle them by ignoring them and claiming they were powerless. But these healers continued to heal the sick, which contradicted the teachings of the church, namely that Illness was the result of sin, or it was sent by the devil. So prayer was the best medicine and failing that, there were the surviving Greek and Roman medical texts, which were, of course, preserved in monasteries.

The Church’s need for relevance

The church’s prosperity depended largely on the role of the clergy in society. While they remained essential to the wellbeing of the population, money would continue to flow and they would continue to exert influence over kings and emperors. So as prayer was the answer to illness, the priest was the healer. The priest was the link to God and the only way you could communicate with God. Catholic priests were so powerful, it was believed that they could magically transform the symbolic bread and water into the actual body and blood of Christ during the mass.

So, in the 13th. Century, the position of the church changed. A Dominican monk, Thomas Aquinas (of the same order who spearheaded the infamous Spanish Inquisition), speculated that these ‘supernatural’ powers of healing could only come through a collaboration with the devil or with demons. This position was adopted by the pope, as any departure from the official positions of Rome could be considered a heresy, anyway. And so the persecution began.

This insanity was not confined to the Catholic church. Protestant denominations joined in, trying to justify their credibility by proving their ability to seek out the devil and rid humanity of his influence.

The end result was that humanity was not freed from any evil, but it was instead robbed of thousands of years of natural medical knowledge. Countless people suffered needlessly and many died of conditions that the very people they executed could have healed.

When you look at the big picture, it was not about faith at all. It was money and power. Witches threatened the power of the clergy and the flow of money into the church. They had to be eradicated. 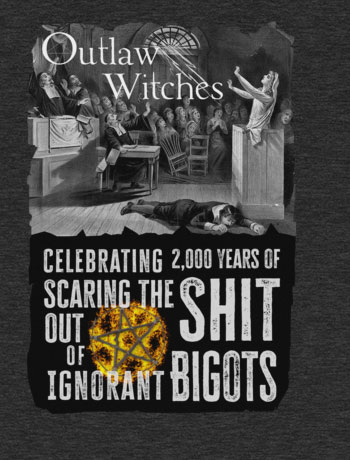 Our design team has created some T-shirts and hoodies in memory of the Outlaw Witches. Click here to see the range

← Prev: The path through violence, to understanding Next: Surviving Cyclone Tracy →