When the Flying Doctor Didn’t Come 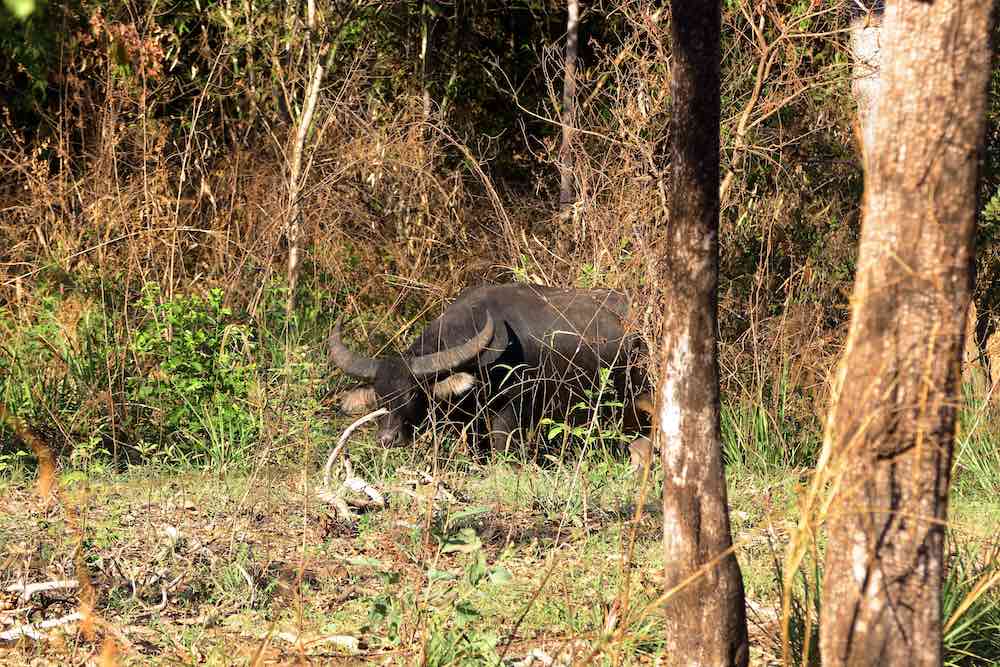 I wrote this article years ago, when I was attempting to document my years as a buffalo hunter in the Northern Territory, back in the 1970s and ’80s. We worked in extremely isolated areas, at least eight hours drive on dirt tracks to the nearest hospital. so if anything serious happened, you’d rely on the flying doctor. If you read ‘Insignia‘ you’d remember the snake bite where the main character has no choice, but to lie down and hope that he survives. That was the reality for people who grew marijuana in the outback before satellite phones became portable.

In the story below, I accidentally stuck a knife through my leg, while butchering a buffalo in the field. This time, the flying doctor didn’t show.

We watched the sky eagerly. Where was that darn aircraft? The flying doctor always came, didn’t they? It was dusk and they wouldn’t be able to land in another half hour. I was propped up in a wheelbarrow on the edge of the dirt airstrip at Bulman Station, my right leg bandaged and bloody and starting to hurt.

Bulman station is a huge, wild cattle ranch on the Southern tip of Arnhem Land in northern Australia. It’s an Aboriginal run property and we had the rights to shoot wild buffalo there and butcher them for pet meat.

We were paid by the pound for the meat we brought back to the camp, where it would be chilled, then packed into boxes and frozen, to be sent to southern cities to be sold as pet meat. Buffaloes are feral animals, in Australia, they were brought over in the 1890’s from Timor, and went wild, spreading right through the top end of the Northern Territory.

Bulman station had few roads and fewer fences. It was truly wild country, and if you travelled for 4 hours or so through the bush, you could find wild buffalo that had literally never seen a human before. They were easy prey, as they weren’t in the least bit afraid of us. We didn’t go to these far reaches of the property often, because it was hard travel, much of it on the faint remnants of old tracks. It was easy to get lost.

But one morning, the promise of a huge haul got to us and went out there, five men traveling in two cut down Toyotas. It was every bit as good as we imagined. Huge buffalo bulls everywhere, none of them gun shy. So within half an hour of getting there, we had ten big buffalo bulls on the ground. ten of them. We had to hurry, to get them boned out and the meat back to the portable chiller before it started to turn in the heat.

Now I have to add that we were good at this. we did it every day, 7 days a week until the wet season set in and we had to head back to civilisation. Our knives were razor sharp and we could completely bone out a big bull in 6 minutes flat – while it was on the ground. But we used to do one or two at a time and then drive and find another one. This time it was ten!

Now there was one cut we had to do that was quite dangerous. You had to pull the knife through the thick hide of the neck and rip it toward you, so it went to the right of your body. But on this particular day, with the pressure on, I got a little careless.

It’s weird. You kind of stand there dumbfounded when you do something like that. You think – “This did not happen”- But it’s obvious, you just stuck a knife through your leg.  When you look down at the gaping wound, you feel sick and weak.

I’m only alive today, because the arteries were somewhere other than where I stuck the knife. My mate, Ricko drove me back to the station homestead and delivered me to the only place we could find any people, the tiny outback schoolhouse. He then went back out to help the other men bone out the carcasses so they could get the meat packed away safely – damned if we were going to let it go to waste.

A wheelbarrow ride to the airstrip

Once the teacher had washed my wound and bound the two pieces of leg together with a bandage, we called the flying doctor on the two way radio and arranged to meet them at the airstrip. Trouble is, everybody was out hunting or something and there were no cars around. The airstrip was a good couple of killometres away from the school, I could barely walk and there were no other adults to carry me. We pondered our predicament.

Then one of the children came up with a solution – an old gardeners wheelbarrow that the kids sometimes used for joy rides. The teacher helped me sit in the wheel barrow and the older kids took turns pushing, while the younger ones ran alongside whooping and cheering. It must have looked like a scene from Gulliver’s Travels, with the little people ferrying their captive giant down the road.

We sat patiently waiting for the flying doctor, but alas, they didn’t show. By evening, the other hunters had returned with the buffalo meat, so as airplanes would not try to land on the Bullman airstrip at night, we would have to drive the eight hours, on dirt roads. About an hour into our drive, we met with an ambulance that had been dispatched to pick me up. the flying doctor had been called to another emergency and as I’d so skillfully missed cutting any arteries, my case was deemed less critical.

Fifty something stitches and a couple of days later, I was back out in the field hunting buffalo. I had learned two valuable lessons which had a big impact on the way I practiced and taught knife defense later in life: Never expose your main arteries to a knife and never even glance at a wound until you know you are in a safe place.