The preditors picked their target well, a jeepney full of women. One climbed into the front seat, two in the back and they systematically started relieving the passengers of all their jewellery and bags. For any who resisted, there was the threat of death or serious injury. They showed the women they meant business. When the girl sitting between the thief and driver held on to her necklace, she was stabbed. She fainted. As the jeepney stopped at a red light, two of the robbers alighted while the remaining one approached the last passenger seated behind the driver, just another frightened girl to be bullied and robbed. Raising his knife to intimidate her, he reached out and grabbed her bag with his left hand. He would just take it and follow his friends. Nobody challenged them, the other women sat flat against their seats in terror, it had been like taking candy from babies.

But this last passenger was different. The stakes were high for her, she carried a large amount of hard-earned cash, that was to pay for her brother’s college fees. She also had some martial arts training and had no tolerance for bullshit. The thief realized his mistake too late. Instead of releasing the bag, the woman pulled him toward her. Then as he lost his balance, she lashed out and kicked him in the groin. The thief released the bag, dropped the knife and collapsed between the seats. He desperately tried to get away, crawling, scurrying backwards toward the rear door, but it was too late. The other passengers found their courage and began kicking him as he passed. Then the lights changed and the jeepney began moving, forcing the robber to choose between being kicked to death or falling out of a moving vehicle. He chose to escape and fell in a crumpled heap on the road.

That brave woman in the jeepney was Jenessa.

An Interview with Jenessa

I’m really what you’d call a typical Filipino in that my family is my passion, especially my kids. I would do anything for them and I do everything in my power to make sure they have the best opportunities in life.

Aside from my children, I have to care for the rest of my family, my brothers and sisters, my parents and my Lola. That’s really my passion, just trying to take care of everybody .

What Challenges did you face?

My challenges have been with education. I couldn’t go to college, because I had to go straight to work to put my brothers and sisters through school. It was tough. I want to go back someday, but my children take so much time and I’m still working to help support the rest of my family, so I guess education was the sacrifice I had to make. 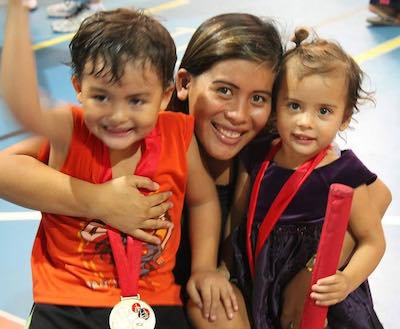 The government agencies in our area were doing nothing, so we just started going into the mountains and taking food and clothing to the people up there. After a while, thousands of people were coming down to our place every day for relief goods.

We had no government assistance and all our funding came from friends in the martial arts community. Then after about a year of doing that, I ran for office at the next election, but that’s another story. 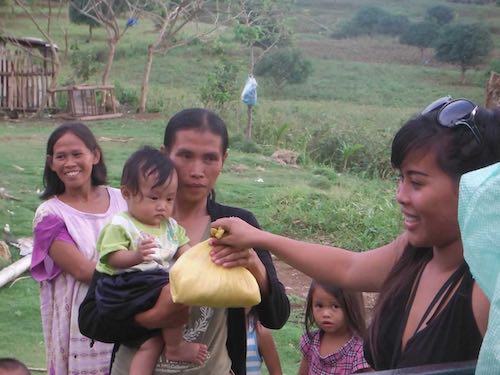 How do you deal with people who piss you off?

Back in high school, a guy in my age group was bullying my younger brother, so I stood up and fought with him, boxing. He couldn’t believe a girl would do that to him and even began crying. The fight was broken up by other kids. I’ve always been like that. I fight with bullies.

I can’t stand bullies, whether they’re politicians who stand over people or men who want to bully and rob women, I just get angry and sometimes I don’t even think of the danger. I even ran in the elections against them, but they were buying votes, so I didn’t win.

I’m a Catholic. But I also believe in the old ways, the old beliefs we had before the Spanish came. I guess you’d call them Pagan, the spirits that are in the trees and those that walk around. I believe we have to leave food for our ancestors at certain times of the year. I believe that traditional healers have the power to heal us when we’re sick and spirits can also make us sick.

Priests would say that those are tricks of the devil, but people who live away from the cities know these things to be true. So that while I go to church and we pray to God and to Mama Mary and the Saints, I don’t just accept everything the church preaches.

I believe that when you die, your spirit will stay around for a while, before going away to Heaven or the spirit world.