I was asked to write this contribution to the Free Outlaws website. After checking out what he had going on, I am proud to be a contributor. I will begin with a disclaimer that some of what I write may or may not be embellished, and names or places may have been changed to protect others. Obviously, nobody will admit to illegal activities nor incriminate themselves.

To me, the free outlaw concept is defined strictly by actions and not a patch on the back nor membership to a club. Having said that, I respect the one-percenters and organizations like the Italian mafia. To be free, one must follow their own path rather than the route of the herd of sheep. 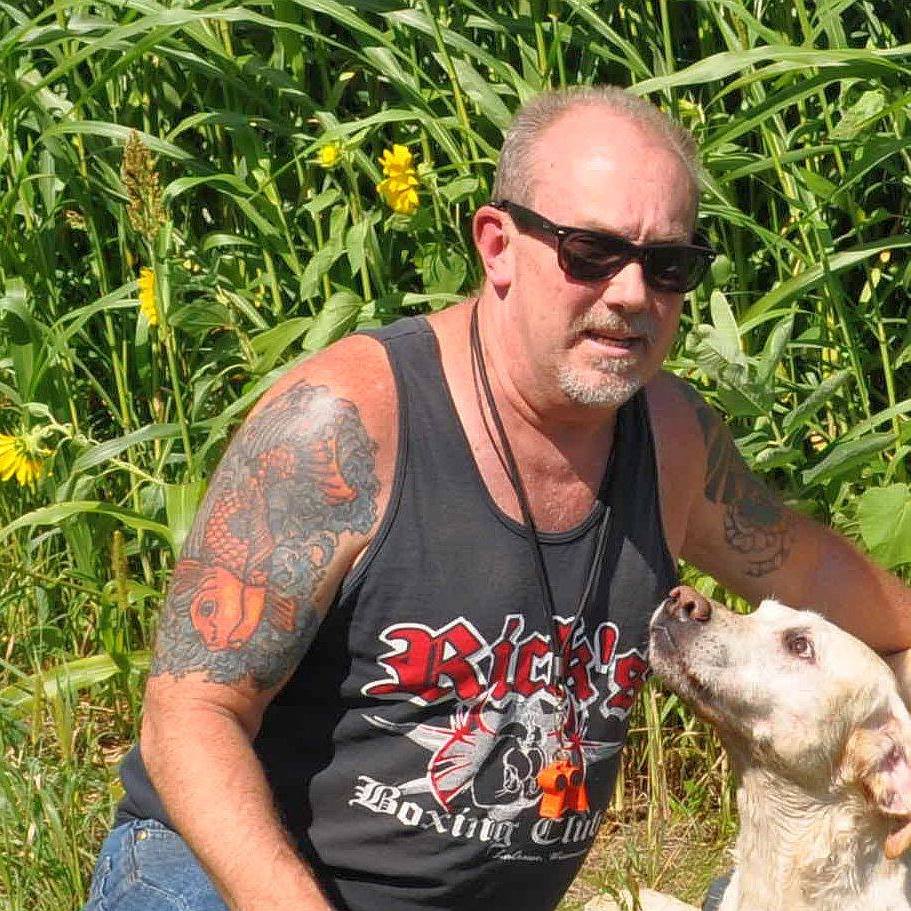 Choosing your own path

My earliest recollections of choosing my own way began around the age of three or four. Like many kids, when I was spanked or punished, I probably told my parents I hate you, I hate you. Many kids get angry at an early age and say that, but, in my case, I’m usually reminded by my mother at least once a year during family events despite the fact I’m now pushing into my 50s for age. The first fellow outlaw I ever met was a kindergartner in my class named Itsy. I remember him visiting my house, carrying a can of grape soda, which for me was odd because we seldom were given it as children, let alone our own. Imagine my surprise, when after sharing his soda with me, he lit up a cigarette and asked if I wanted to share that as well, but I declined.
We lived near a small pond nicknamed the frog pond and were strictly forbidden from going near the water, as my parents worried about us drowning Nonetheless, I spent a great deal of time there building rafts in floating around while dreaming of Tom Sawyer and Huck Finn.

Being one of the younger kids in the neighborhood, I was always trying to tag along with older kids, much to my parents’ dismay.

Once, the neighborhood kids were playing with matches and burning paper and other harmless objects. There was a book of matches that must have been damp and several of the kids were unable to light a match from this book, so they discarded it. , I found it and persevered until I got  it to light. Unfortunately, I ignited the entire book which surprised me, so I threw it into a pile of pine needles that formed the border between two houses with about 10 pine trees.

Within seconds the fire spread among the dry tender and we all panicked as it began climbing the trees. The older kids kept screaming at me for what I had done and said I was going to be in a lot of trouble. Within minutes, the fire trucks arrived and I ran home to my grandmother, who was babysitting my brother and me.

When people came to the house to question me, I managed to convinced everyone the older kids were lying and trying to place the blame on me. Since I was about kindergarten age nobody believed I was to blame for the fire, and  the only damage was the scorched remains of pine needles and burned trees. My grandmother was a pretty smart lady but also a strong ally and always defended her grandchildren, despite the mischief my brother and I got up to.

Once, my brother and I dug a large hole in the backyard garden and covered the top with sticks and leaves, to make a trap. We then enticed our grandma to come out and look at what we were doing. She fell waist deep into the hole, and we were damn lucky she did not break her leg or hip.

Thankfully she was not angry, , but instructed us to fill the hole in before our dad got home from work to avoid getting spanked. Nobody ever learned what we had done, as my grandma never ratted us out.

Our mischief in the neighborhood continued to the point where other kids were not allowed to play with us, even if we were at the park. At an early grade school age, my brother had somehow mastered profanities to the point he would make Richard Pryor or Redd Foxx cringe and blush.

We were also good at luring others into be part of our miss deeds. I remember hog tying a neighbor’s boy by his hands and feet, then hanging him upside down in a tree. Unfortunately, we were called home for dinner and forgot the kid in the tree where he was later found by his hysterical older sister. That resulted in us never being allowed to play with that kid again, and the next time I saw him, he was an adult with a wife and kids.

My parents divorced, and we ended up living with our dad when I was about 13, and my brother was 9. He worked full time, and in those early years, my dad’s mother lived with us to help keep an eye on us and do some cooking. Our outdoor adventures and shenanigans seem to continue, and I could probably fill an entire book with stories, but I will only share a few of my life here. Maybe with good feedback or encouragement, I will write a book about what it was like growing up in Midwest USA during the 70s and 80s.

Some of our childhood highlights

Eventually, I graduated and entered the military, but still continued to do things my way. I should  disclose here that I’m a of average height and build and I’m in no way large and intimidating. My early military training consisted of trips to Marine bases in Southern California, even though I was Navy Seabee and not a marine. During one trip, a large drunk farm kid from Iowa decided to come back to the barracks and raise hell. I was sleeping near the door, so as he entered, the light woke me up, and I looked up to find him pissing on the floor. I told him to get back outside, and he told me to shut the fuck up, or he would kick my ass. While acknowledging that he probably could kick my ass, I told him he would eventually pass out from drinking, and I would drag myself over to his bunk and smash his face in with my military piss pot (helmet). I never heard another unkind word from this individual nor anyone in my barracks again.

Years later, I transferred from the Navy Seabees to the Army, continuing my occupation as a heavy equipment operator. This led me to be stationed for a full year in Korea, where I truly lived a free outlaw lifestyle. I quickly learned that military items could be resold on the street at a profit, so the four bottles Jim Beam they rationed me each month for $20 were cashed in for $100 to $150. Likewise, the Marlboro cigarettes turned a similar profit and soon the same thing with groceries. The profits amounted to thousands of dollars, and I quickly became a popular guy in the local clubs where they knew me by the first name and treated me like a celebrity. There were endless parties and an unlimited supply of girls, much like a scene in the TV shows or movies. I lived with a stripper for several months and  could fill book with stories from that year of raucous living.

It was very tough returning to the barracks at 4:00 AM only to wake at 5:00 AM to begin calisthenics in a 5 to 10-mile group run. Fortunately for me, I could turn on and off things, so when I left Korea, the drinking stopped, preventing any future health issues. My last notable military adventure occurred during a three-week visit to Puerto Rico for training. Two friends and I intervened when a black soldier punched a white female soldier in the face and knocked her off her feet. We pulled him off the lady and thePuerto Rican police hauled him to jail. When I got back to the barracks, his friends told us they were going to kick our asses when we fell asleep. Like my earlier story, I acknowledge that they could surely kick me, but when they fell asleep, the Japanese tanto I had under my pillow would be used to cut their hands off while they slept. They decided not to proceed.

The tanto was a gift from my brothers that I carried with me to many places as including Iraq. It was so sharp that I could decapitate the carcass of  a white-tailed deer with one slash.. My fellow soldiers in Puerto Rico called me a fucking crazy white boy, and never bothered me again. 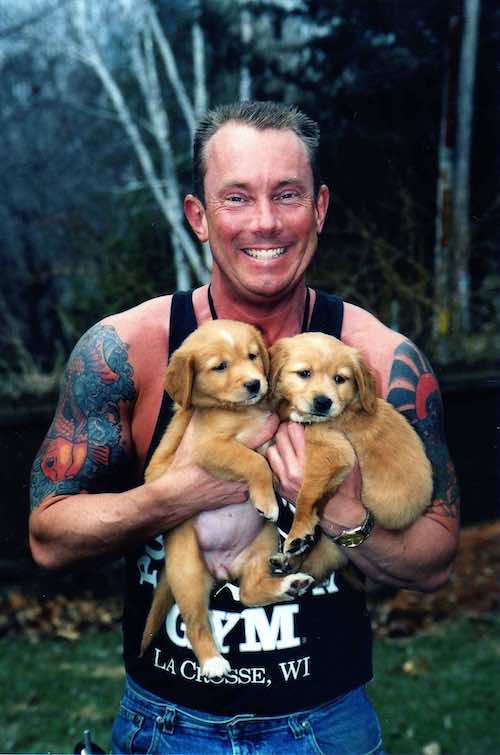 I believe that real men (alpha males) recognize one other and usually extend the respect and courtesy deemed appropriate by the situation. I have been on a first-name basis with high ranking military people, including an Admiral of the sixth naval fleet, the president of one of the most significant 1% bike clubs in the nation, and some of the toughest fighters and martial artist in the world.
Never have I asked for favors nor special treatment, and at times I’m shocked these friendships exist. At times I’ve sat in clubhouses and chuckled to myself that this simple Midwest guy is even allowed to share Brotherhood with open arms among these individuals. People in mainstream society have no understanding of any of this. Much of it exists just because of a look or glance.

There is a push in society at the moment to feminize men. We are told that being a real man is a bad thing. They call it ‘toxic masculinity’ and terms like that. Personally I will never be convinced of those silly ideas. It makes me work harder to preserve the real man mentality, and it is for that reason, I am sharing some of my stories on this website.

Over the years, I’ve worn many hats including that of son, brother, husband, father, and I’m proud of all of them. I’ve been a cook, heavy equipment operator, boxing coach, and now a writer, sharing my life experiences in the hope they are remembered. I respect other people’s opinions and ideas but I will always choose the stricter path that is avoided by most.