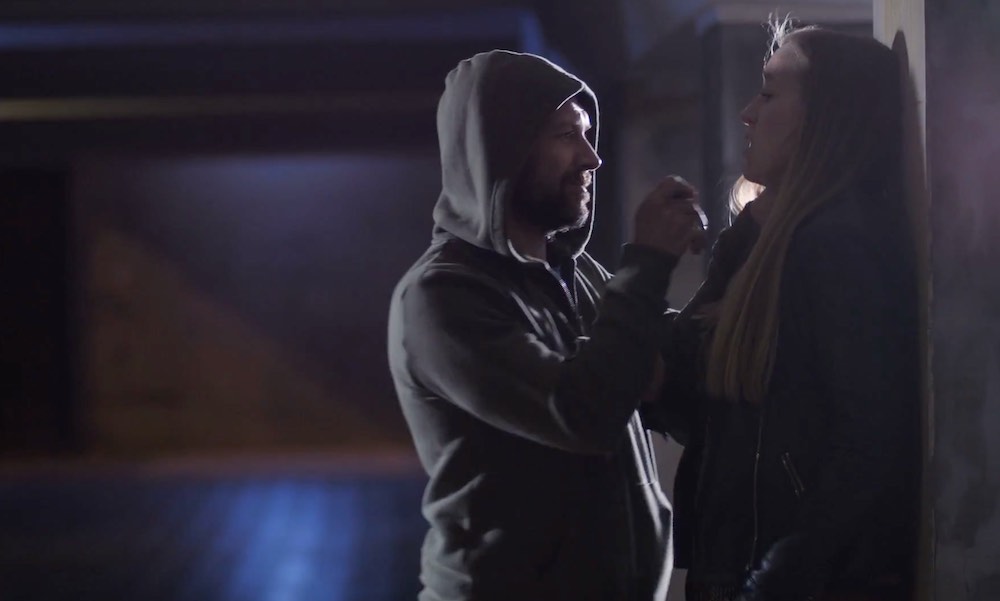 These are SHOCKING statistics, and I expect many of them are low due to unreported incidents.

As I mentioned in the previous article—Martial Monday: 10 Common-Sense Self-Defense Tips For Men—increasing personal safety ALWAYS starts with awareness. Also, while this is specifically intended for women, much of it applies to anyone who wants to protect themselves and others and avoid trouble.

Before I get to the meat of this article, I want to discuss something I’ve routinely seen regarding self-defense tips for women. It’s not uncommon to see advice such as, “do not wear revealing clothing in public places” or “do not drink excessive amounts of alcohol, take mind altering drugs, or leave ANY food or drink unattended where it may be tampered with.”

While these aren’t necessarily bad ideas, and I’m sure the authors of such tips had good intentions, they’re poorly phrased. These two examples, and many others I’ve seen over the years, use victim-blaming language. These are fear-based tips. “Be a good little woman and don’t upset the bad men. If you do, you’re at fault.” No, no, no. This mindset has to stop. Yes, it’s a good idea to practice awareness, don’t enter situations that feel dangerous to you, don’t let your brain’s rationalizations to override your instincts, but this applies to everyone. Women should not have to be more careful than men. The fact they do have to be more careful is not their fault. The fault rests squarely on the rapists, and the discussion of women’s self-defense and rape prevention must keep that fact at its forefront.

A woman should be able to go out with friends, in mixed company, drink and eat whatever she wants without the fear of getting drugged or assaulted or raped. Men do these things routinely without fear of consequences. The ability to do so without that fear, in my mind, boils down to a basic human right. Especially in the US, the “land of the free.” If each and every person isn’t free to enjoy themselves in simple ways, like dinner and drinks with friends, then that lack of freedom is an impingement on the ideals this country proclaims.

So, here is my list of recommendations. The core of this list comes from Gavin de Becker’s excellent book, ‘The Gift of Fear’. I’ll include another link to this book at the end of this article.

De Becker lists seven “pre-incident indicators,” and he provides examples of them from real-life case studies. Here are the indicators:

Bear in mind, you’re statistically more likely to be attacked/raped by someone you know than by a stranger. In fact, 8 out of 10 rapes are committed by someone the victim knows. Considering this, you need to apply these pre-incident indicators to the people you know as well as strangers. If someone in your life is using these tactics, they are manipulating you. Pay close attention to what they’re doing and, if you determine their agenda is dangerous for you or others you love, either leave the situation, abandon the relationship, or take action to prevent harm to yourself and loved ones.

As I mentioned last week, follow your instincts. They’re based on experience, the protection of yourself and loved ones is always the motivation for your instincts. They may be wrong, but they never lie. Pay attention to them. When your instincts say, “Danger!” start looking for those pre-incident indicators. If you can get away from the situation entirely, do so. If you can’t, then try to make other people aware of what’s going on. If it comes to physical defense, remember that your primary objective is to get home safe to your loved ones. If home is where the danger is, then self-defense means getting to safety. Period. Statistically, as a woman, if you’re attacked, you’ll be dealing with someone larger, stronger, and more experienced at violence than you are. I realize this may sound harsh, but I don’t believe it should be sugar coated. If you get attacked, fight as if your life depends on it, because it probably does. Even if you survive the incident, it may ruin your life.

Increasing personal safety ALWAYS starts with awareness. Practice being as aware of your surroundings as you can at all times. If you have to fight, fight like hell.

If someone tells you to “go along with it, because that’s better than dying if you fight back,” tell them to take a flying leap.

One woman I know did that. Her takeaway: “I would rather kill or be killed than live through the hell I suffered in the aftermath.”

Fight like hell. If you’re overcome and survive, you’ll know you did your level best, and that might reduce the level of hell in your aftermath. PTSD is a horrible thing to experience. Another friend of mine had her life turned upside down after she was drugged and raped. The PTSD prevented her from working, so she lost her job. Her domestic relationships with her boyfriend and daughter were devastated, and that caused emotional problems for the daughter. Because she was drugged, she wasn’t able to fight back, and, of course, that is not her fault in any way, shape, or form, but her inability to fight back played a huge role in the PTSD she still suffers from.

Ultimately, we have to teach men not to rape and not to be misogynistic assholes. Unfortunately, in this area, we have millennia of ingrained attitudes to overcome. I think we’ve made progress in society in general over the past few decades, but we have a long way to go.

Please feel free to share this to every person, especially women, you care for.

This article was originally published on my blog. To read the original, click here: https://trainagps.blogspot.com/2020/01/martial-monday-powerful-self-defense.html
Gavin de Becker’s excellent book, ‘The Gift of Fear’ can be found by clicking the Amazon link .

← Prev: When the Flying Doctor Didn't Come Next: Dealing with the Grief of Losing a Friend →