A reflection on life in an outlaw motorcycle club

Watching Sons of Anarchy took me back to that time decades ago, when I rode in an outlaw motorbike club.

The thing I remember most, from those early days on bikes is the funerals. I must have seen a dozen brothers laid to rest. Young men, with their whole lives ahead of them, succumbing to that fatal combination of testosterone and booze. They were carried away with the thrill of being astride a powerful machine, the wind in their face, the feeling of invincibility.

We all behaved in the same way, took the same risks. Some of us were chosen to live, some chosen to die. I was lucky enough to be spun a long thread so I’m still here to talk about it. 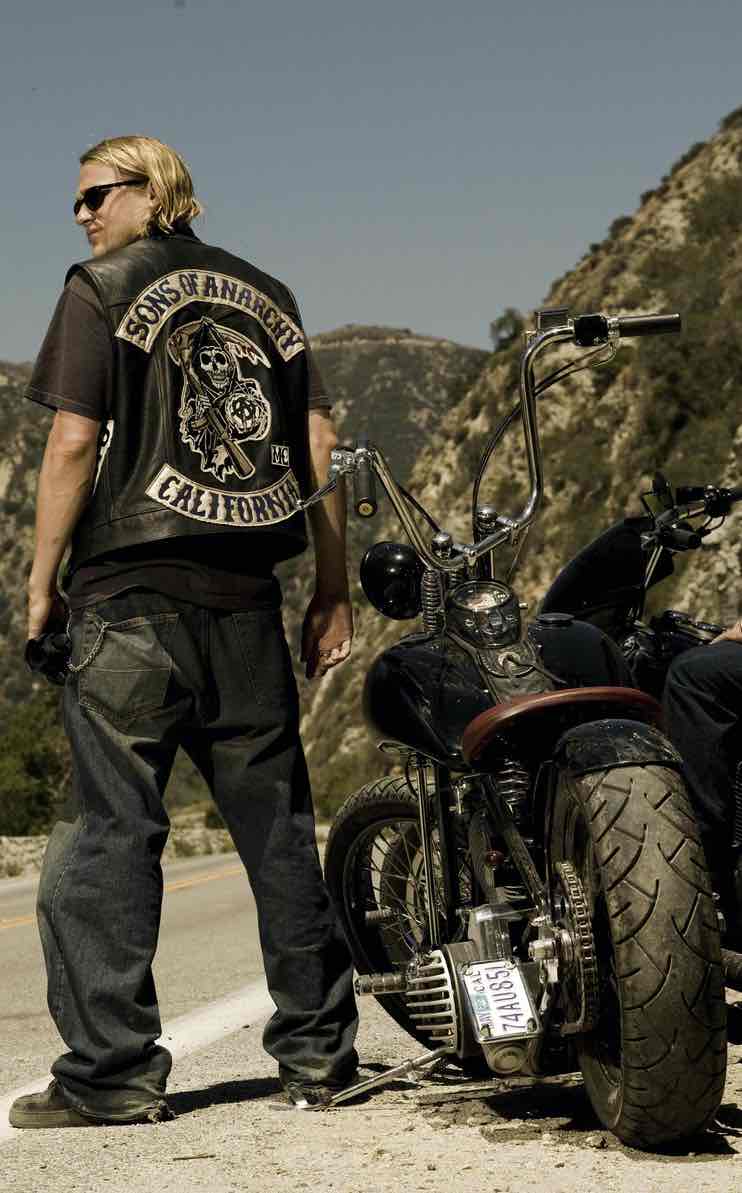 I didn’t get out of it completely unscathed. I had a couple of spectacular motorbike accidents back in my late teens. In the first one, my bike went tumbling end-for-end over a big clump of boulders on the side of the road. I walked away from that one, but while I was rebuilding the beast, I was a pillion passenger behind a brother who hit a farm fence, sending us flying over the handlebars. I didn’t land so well, fracturing my pelvis in three places. That was probably the most intense pain I’ve ever felt. Everything you do radiates through your pelvis; including sneezing, coughing, laughing. Everything I did put me into spasms of pain.

Three months later, with one leg slightly shorter, I hobbled out of the hospital on crutches and got on the back of another motorbike. I rode for about ten years after that, eventually giving it away to spend more time with family, my wife and sons. In a bike club, you’re always juggling club duties and family, just as Jax Teller struggles to do in ‘Sons of Anarchy’.

Thinking back, I would wake up each morning and wonder if I would make it back to my bed that night, a free man. There was always a chance of ending up in one of three other places. The morgue, the hospital or in a prison cell, and many brothers did. It wasn’t just the riding, it was the fights, the brawls. Real street battles where anything goes.

I’d be lying to say I wasn’t fearful half the time. I learned a lot about fear. It’s true that bravery is not the absence of fear, it is moving forward despite the fear that gnaws at you. People with no fear are either brain dead or they are psychopaths. What’s important is not whether or not you fear, it’s what you do with that fear. Fear can either be a terrible enemy or a powerful ally depending on whether you control it, or allow it to control you. If we understand it, fear can alert us when something is not right, by turbocharging our intuition. It can keep us alive.

Uncontrolled fear can do the opposite. It can freeze us into inaction at vital moments and literally get us killed. Our goal, therefore, should be not to try and abolish fear, but to understand and embrace it as a warning mechanism and not a control mechanism.

Going back to that time early in my adulthood, I understood that probably had a big influence on shaping the way I think and my habits. Maybe I never really got completely away from it. I still sleep with a weapon close at hand, as I have a vivid memory of a brother being attacked with a hammer while he slept. His kneecaps were smashed before he could ward off the attacker. when I go to a restaurant or cafe, I automatically take a seat with my back to the wall, facing the entrance or window. Not because anybody’s chasing me, they’re just old habits I couldn’t shake.

It’s a lot like watching out for snakes on a bush trail. Not because you’re scared of them, you wouldn’t be there if you were, when you take precautions over and over, they become habits.

I’ve probably given you the impression it was all fights and funerals. That’s not true, there were plenty of good times. Being part of a brotherhood that is tighter than anything else around is a great thing. The knowledge that you can count on your brothers when the shit hits the fan is something few people outside of an outlaw club will ever have. Then there were the groupies, gorgeous women who are attracted to bikers, some people would say they’re masochists, but personally I found they were great, down-to-earth chicks. I think they were just sick of the bullshit they saw everywhere else. You know one thing with bikers, there’s no bullshit. What you see is what you get.

Then there were the parties, the rock, the interstate runs, where a group of you would ride to another town or city to party with another club. And of course, the wind in your hair and the freedom of the highway. I haven’t had a Harley for many years, but it’s one of my goals again, especially now my partner, Jen shares my fondness for them. The love of riding a Harley never leaves you, even if you step away for a while.

I embedded this clip from ‘Sons of Anarchy’ that captures so much about life in an outlaw club, including an incredibly powerful ending. I’m sure I’m not the only outlaw who watched it with tears in their eyes.

Next: The path through violence, to understanding →