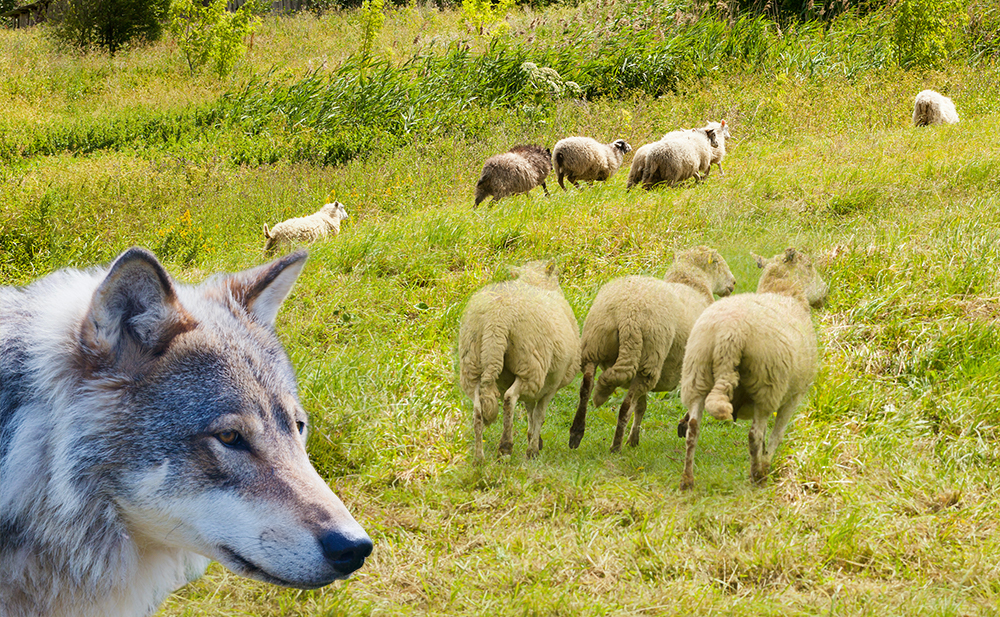 The sheep have spotted a new wolf and they are panicking.

I guess it’s predictable, but they never cease to amaze me nonetheless. And while on one level it is entertaining to watch the run on toilet paper in supermarkets, on another level, it is inconvenient for the rest of us.

As an outlaw I find it difficult to understand how sheep think. If you don’t blindly accept the rubbish fed to you by the media, there’s really no need to panic. And panicking never made anything easier or safer for anybody, no matter how dire their situation. 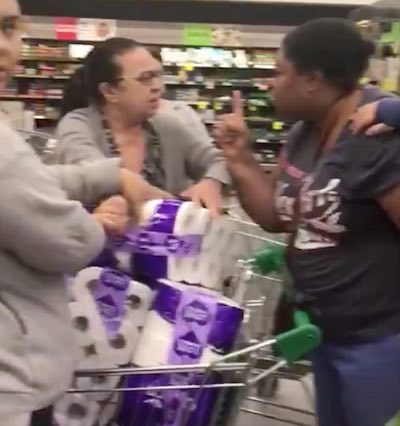 Coronavirus is a nasty virus, there’s no doubt about it. In Italy, it is overwhelming the hospital system, as so many people need intensive care to survive. But before you panic at the thought of that, just imagine the worst possible scenario. You get coronavirus. It’s not an instant death sentence. In most instances, people can take care of themselves at home. From information that is currently available, it seems that in extreme cases, you develop pneumonia and need antibiotics and/or hospital treatment. If you’re over 60 (like I am), there’s perhaps a 2 – 2.5% chance it will kill you. But even 1,000 rolls of toilet paper isn’t going to change that.

Certainly Coronavirus will change the way we live for the immediate future. Many of us have to learn to be hygienic and wash our hands more often. A lot of gatherings will be cancelled. More people will work from home and holidays will have to be postponed. But because of the steps that are being taken, however inadequate people believe them to be, it is very unlikely it will spread like the flu does. In fact, it’s quite possible that fewer people will die of the flu this season, thanks to Coronavirus precautions.

But the problem is that in their rush to satisfy the demands of the population, who have been whooped into a frenzy a completely politicized, irresponsible media; governments are introducing draconian measures. It seems insane to punish cities that are testing effectively by isolating them, while people from cities and countries that do not test are free to roam the countryside spreading the disease. In Australia we call this approach “shutting the gate after the horse has bolted.” Perhaps a better approach would be to isolate those who are most at risk, have the rest of the population practice hygiene and allow people to keep their livelihoods through the crisis.

If we’re so frightened of people dying from disease, why don’t we take similar measures for the flu?

Almost a million hospitalizations and 61,000 deaths

Most people don’t know just how bad the flu is. For example, the 2017/2018 flu season in the US (a particularly devastating one) resulted in around 959,000 hospitalizations and 61,099 deaths. And this is despite a vaccine being available for it!

Almost a million people hospitalized? 61,000 killed? Where was the binge buying of toilet paper? Why didn’t the sheep panic? Because the media didn’t tell them to, so they went on living their lives as if nothing happened. The economy stayed healthy, schools and businesses didn’t shut down. Only the million or so people affected knew that anything was wrong.

The current coronavirus death toll in the US at the time of writing is 36. Thirty six deaths spooked some of the sheep enough to fly into a panic. Now just imagine for a moment that coronavirus caused, say one-tenth the number of deaths of that bad flu season,(6,100). Can you imagine the state of the country? The economy would be in total shutdown. Barricades would be up everywhere and you may even have vigilantes shooting strangers who wander into their territory. Real post-apocalyptic stuff.

The average age of victims is 78

What is even more amazing is the average age of those killed by coronavirus in the US is 78.04. Yet it is not aging sheep you see fighting over toilet paper in department stores. Are people perhaps panicking on behalf of their grandparents? And why toilet paper? This mystery seems to have most experts baffled.

A big flock of sheep can be a double edged sword for leaders. Sure, they are easy to control and if you’re a dictator, they will even allow you to get away with genocide (as they did with Hitler and Stalin). But in a democracy, when the sheep bleat loudly enough, leaders must act or they will not remain leaders for long. Expect increasingly draconian measures from the government as the death toll rises.

The stampede will leave a big mess.

In a year or two, while we pick up the pieces of the mess this stampede has caused, another bad flu season will come through, killing twice or even ten times as many people and nobody will bat an eyelid.

In his inaugural address, President Roosevelt said: “Let me assert my firm belief that the only thing we have to fear is…fear itself — nameless, unreasoning, unjustified terror which paralyzes needed efforts to convert retreat into advance.” These words ring just as true today as they did in the early days of World War II. The stampede will be far more dangerous than this wolf the flock is running from.

The statistics used in this story come from the official CDC website: https://www.cdc.gov/flu/about/season/flu-season-2017-2018.htm

← Prev: Dealing with the Grief of Losing a Friend Next: Is Big Brother using Coronavirus to Tighten the Leash? →