A Sinister side to the Lockdowns

This statement is from a film by Foster and Kimberly Carter Gamble, filmmakers who typically research their material well and back up claims with scientific research.  So why would people with this kind of credibility buy into and spread a conspiracy theory. Unless there is some truth to it.

To understand the basis to this theory, we have to understand the powerful people who have this agenda and their motivation. I’m not going to get into whether the COVID-19 pandemic was planned or whether it was an opportunity, the fact is that some unimaginably wealthy people capitalized on it and added tens of billions of dollars to their wealth, while over a million small business people lost everything, and thousands of families fell from the middle class to to the ranks of those who depend on government aid to survive. 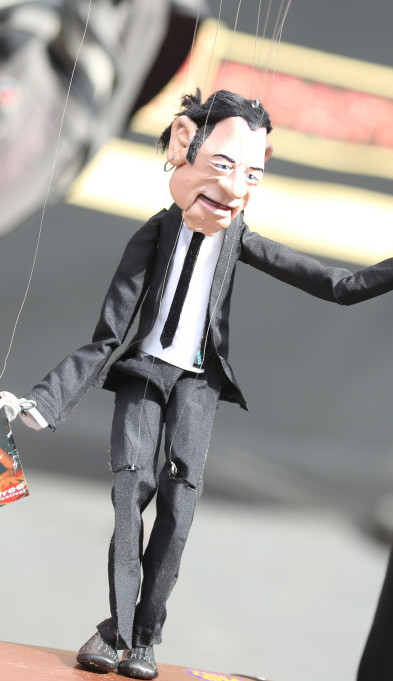 Most of our politicians are a bit like puppets, in the pockets of an Elite Cartel of Billionaires.

U.S. billionaires made over $434 billion, while everybody else lost money during the nation’s lockdowns

According to a report published on MSN, US Billionaires god $434 billion richer between mid-March and mid-May alone, with  Jeff Bezos adding $34.6 billion to his wealth and Mark Zuckerberg adding $25 billion.

Maybe it’s coincidental, but Bezos’s media interests, The Wall Street Journal and the Washington Post helped promote the pandemic scare and lockdowns, while Zuckerberg’s Facebook blocked posts about medical professionals speaking out against the lockdowns.

Okay, so nothing new there – the greedy rich capitalizing on a disaster, by pushing it along and then profiting from it. Very much like the great depression in the 1930’s, when they pulled their money out of the stock market, accellerating the collapse, then bought the shares back along with those of smaller investors (who were bankrupted by the collapse) at a fraction of the price.

But why a Global Government?

That’s simple – Even more money for the elites. No opposition and no threats to their empires.

Imagine you wanted to convince people to embrace a globalized system, a single central government controlled by a wealthy elite cartel. A bit like the Chinese system – you rely on the government for everything, in return for your freedom. If you speak out against them, you lose everything. Who in their right mind would agree with that?

But what if it was promoted like this – A global democratic socialist system, a utopia, where everybody was paid a “guaranteed income” and where education and health care were free?

It sounds much better.

But here’s the catch: Once a centralized system is in place without opposition, it is very easy for those in power to change the rules and they almost certainly will.

“The more power a government has, the more it can act arbitrarily according to the whims and desires of the elite, the more it will make war on others and murder its foreign and domestic subjects.“

What do these wealthy elites control?

Six key elements we depend on are effectively controlled by wealthy individuals:

This is not a new phenomena, they have been consolidating this control for well over a century now and up until now, the effects of this control on the population have been subtle. Like a frog boiling slowly in a pot of water, nobody really notices the heat slowly increasing. 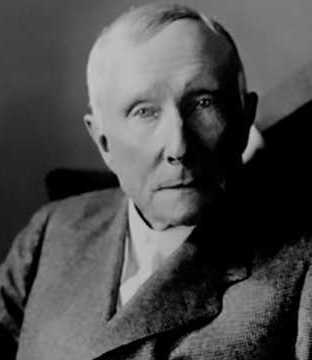 John D Rockefeller 1839 – 1937, the Godfather of the corporate control of energy, pharma, food, finance and education in the USA.

Control the education system and you control future minds

The loudest support for ‘Democratic Socialism’ is coming from the college campuses and schools. If the seeds of this love of Marxism were planted by Russians, they were planted with the knowledge and approval of those who control the system.

This control started with the creation of the National Education Association, funded by the Rockafellas, the Carnegie Foundation and the Ford Foundation. Their aim was to train an obedient and docile workforce who would be manageable employees and eager consumers.

To achieve these goals, they introduced a new system that favored standardized testing over critical thinking – a radical break from the tradditional system of education.

This was reinforcced in 2001 with the “No Child Left Behind,” act, which enforced yet even more standardized testing on US school children. It required all government-run schools receiving federal funding administer a state-wide standardized test to all students annually.  Obama’s ‘Every Student Succeeds Act’ ensured that system continued.  It basically holds back the gifted children of the masses, while the elite educate their children in a completely different system.

Wealthy US Elites have been working on population control methods in an environment where they can be effectively tested in a real situation.

The OpenPower Foundation, a nonprofit led by Google and IBM executives, set up a collaboration between IBM, Chinese company Semptian, and U.S. chip manufacturer Xilinx. Together, they developed microprocessors which enhanced the capabilities of internet surveillance and censorship technology.

This has been used to covertly monitor the activity of 200 million people in China and identify those speaking out against the ruling party.  Using centralized control, the govenment ccan then freeze their bank accounts, deny them the ability to travel and monitor their every movement, so they can easily be taken out of the system, efficiently nipping any threat of rebellion in the bud before it gets started. 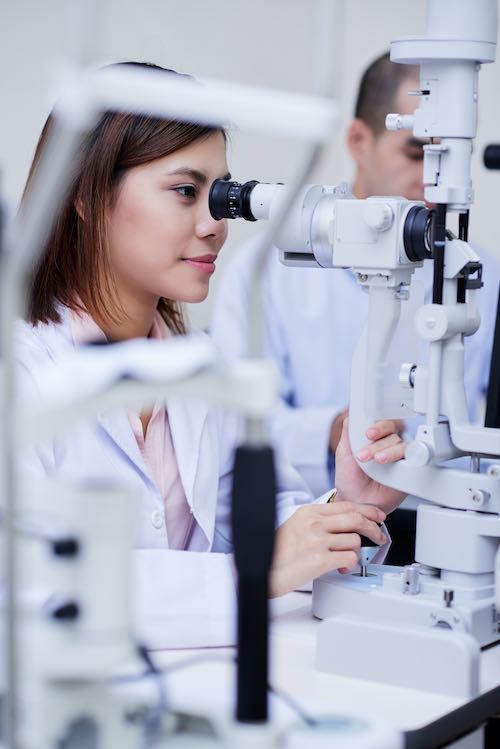 Google and IBM executives have worked in China to developed surveillance technology. This has been effectively used to control the population in China.

The COVID-19 pandemic has been a such a gift to the cartel it’s hard to believe it was not planned. – Accompanied with an orchestrated  scare campaign, it has given them the full cooperation of the majority of the population to strip people of freedom and to justify additional surveillance and control of information. (They have had to “block dangerous conspiracy theories”) The next move is to convince people that we need a central system with a guaranteed income, as “capitalism has failed”. They even have the Pope onboard with that one.

Disclaimer: I am not suggesting COVID-19 is not dangerous, nor am I suggesting people have not died as a result of the virus. What I am saying is that the lockdowns had little to do with protecting the vulnerable – older people and those with preexisting conditions.

How to resist the takeover

There are some simple steps you can take to get out of this matrix the cartel is using to entrap you.

← Prev: Why are Outlaws Becoming More Political? Next: Why the mainstream media treats Trump as an Outlaw →